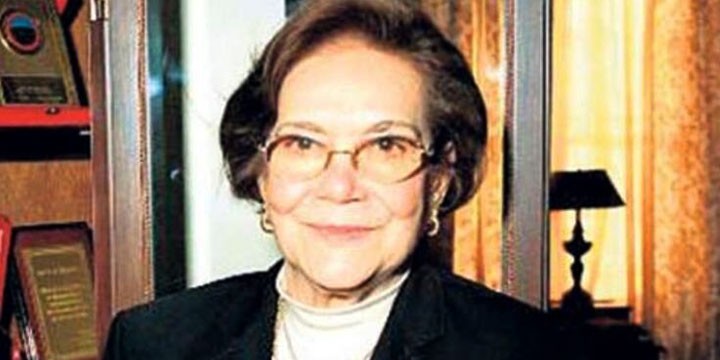 A star in the field of astronomy, Turkish astrophysicist Dr. Dilhan Eryurt was the first Turkish woman to work as a scientist at NASA, and her research on the evolution of stars led to an unexpected discovery about the history of the solar system. Later that year, Dr. Eryurt was honored with NASA’s prestigious “Apollo Achievement Award” for her contribution to the moon landing.

Dilhan Eryurt was born in İzmir, Turkey, on November 29, 1926. After high school, she studied in the Department of Mathematics and Astronomy at Istanbul University and then earned a Ph.D. in Astrophysics from Ankara University in 1953. In 1961, Dr. Eryurt began work as the only woman at NASA’s Goddard Space Flight Center in New York.

At the time, the leading scientific model suggested that the sun had been heating up over billions of years to reach its current temperature. Dr. Eryurt’s work helped show that in fact, the sun used to be even hotter than it is today. This transformative discovery had huge implications for the chemical makeup of the Earth, as well as the conditions astronauts could expect to find on the Moon.

After Dr. Eryurt returned to Turkey, she established an astrophysics department at the Middle East Technical University, where she went on to become the dean of the faculty. In 1977, she was honored with Turkey’s TÜBİTAK Science Award. She passed away on September 13, 2012 in Ankara, leaving an inspiring scientific legacy for Turkish women worldwide. - Google