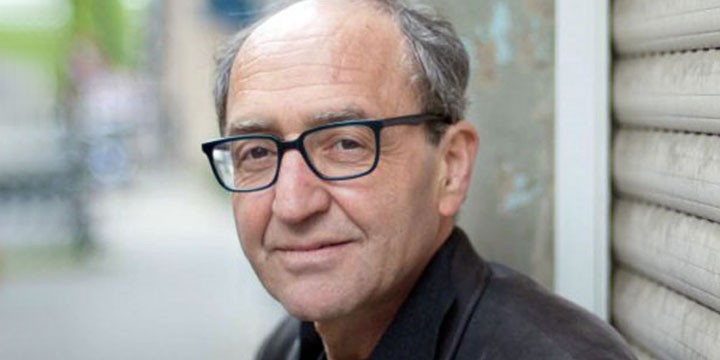 Doğan Akhanlı, born in 1957 in Turkey, has lived in Cologne as a freelance author since 1992. Before fleeing to Germany, he was arrested several times in Turkey. Akhanlı began to write in exile and has authored numerous novels and plays, in which he repeatedly advocates the truthful handling of historical violence, remembrance and the indivisibility of human rights. His trilogy Kayip Denizler (The Seas That Disappeared) was published in the late 1990s. Its final volume Kiyamet Günü Yargiçlari (Judges of Last Judgment) describes the 1915 genocide in Armenia. His novel Madonna’nin Son Hayali (Madonna’s Last Dream, 2005, German version 2019) is about the sinking of a freighter carrying 700 Jewish refugees in the Black Sea in 1942 by a Russian submarine. His first play in German Annes Schweigen (Anne’s Silence) premiered in Berlin in 2012 at Theater unterm Dach, and in Cologne in January 2013 at Theater im Bauturm. In addition to his writing, Akhanlı is actively involved in the dialogue between different cultures, ethnic groups and religions. In 2002, Akhanlı began offering German-Turkish guided tours in the former Gestapo prison in Cologne, spoke to Turkish youths about the persecution of the Jews during National Socialism and lectured on “Anti-Semitism in the Immigrant Society.” In Berlin, he launched the project Flight, Exile and Persecution. His latest book Verhaftung in Granada oder: Treibt die Türkei in die Diktatur? (Arrest in Granada or Is Turkey Heading to Dictatorship?) (2018) is about his 2017 arrest at the request of Turkey in Spain. Doğan Akhanlı was the 2018 recipient of the European Tolerance Award for Democracy and Human Rights.