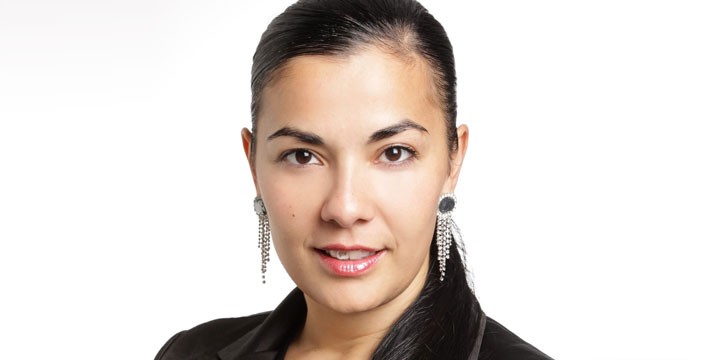 Şahin was born into a Turkish guest worker family originally from Sivas, Turkey in Bremen's neighborhood of Gröpelingen (a typical working class quarter), where she received her highschool education.

She studied linguistics and German studies at the University of Bremen, where she earned a master's degree with distinction. Her master's thesis, which investigated "Youth Language in Hip Hop Culture", has been published in an anthology with the German publisher Brockmeyer-Universitätsverlag. In 2012, she earned a Ph.D. with a thesis on "The Meaning of the Muslim Head Scarf". She now holds a post-doctorate fellowship with the University of Hamburg and is a member of the Hamburg Research Center for Media and Communication. In her new project she is researching the representation of Muslim women in the social networks.

Şahin gained her first experience with public broadcasting with Funkhaus Europa, a station co-produced by two well-renowned public broadcasting companies, Westdeutscher Rundfunk and Radio Bremen. She joined the station as a part-timer and freelancer in 2002, but was sacked in May 2006, because the lyrics of her hip hop songs published via MySpace were considered to transport "pornographic content", which was not in line with the station's content policy. Şahin was cast in the 2008 film, Chiko.

Şahin's opus has received controversial reviews. According to Süddeutsche Zeitung, the entries in her internet guest book vary from "You are the shame of every Turkish woman" to "You are totally powerful, sexy, I'm frightened of you. Respect!!"