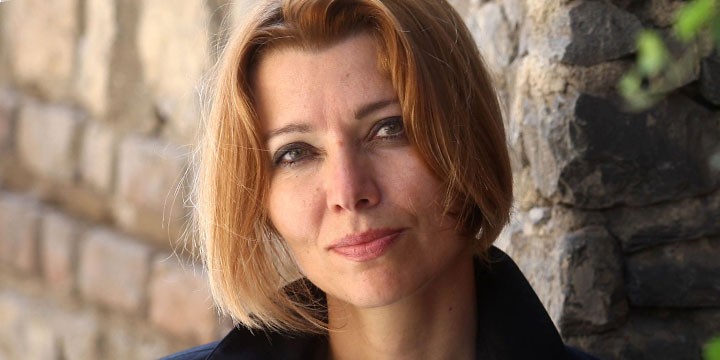 Shafak has published 15 books, 10 of which are novels. She writes fiction in both Turkish and English. Shafak blends Western and Eastern traditions of storytelling in stories of women, minorities, immigrants, subcultures, and youth. Her writing draws on diverse cultures and literary traditions, reflecting interests in history, philosophy, Sufism, oral culture, and cultural politics. Şafak also uses black humour. She was awarded the title of Chevalier de l'Ordre des Arts et des Lettres in 2010.

Shafak was born Elif Bilgin in Strasbourg to philosopher Nuri Bilgin and Şafak Atayman, who later became a diplomat. After her parents' separation, Shafak was raised by her mother. She says not growing up in a typical patriarchal family had a great impact on her work and writing. She incorporated her mother's first name—Turkish for "dawn"—with her own when constructing her pen name.

Shafak spent her teenage years in Madrid and Amman before returning to Turkey. She has lived around the world—Boston, Michigan, Arizona, Istanbul and London—and her writing has thrived upon these journeys. She sees herself as not just migrating from country to country, city to city but language to language, even in her native Turkish she believes she plays to the vocabularies of different cultures.