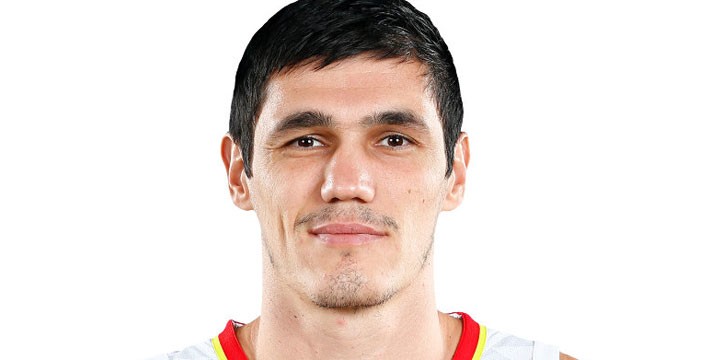 Ersan İlyasova (born May 15, 1987)[1] is a Turkish professional basketball player for the Atlanta Hawks of the National Basketball Association (NBA). He has previously played in Turkey, Spain and the NBA Development League.

After playing for Yeşilyurt in the Turkish second division league during the 2003–04 season, İlyasova stepped up to the Turkish Basketball League for the 2004–05 season with Ülkerspor, averaging 4.5 points and 3.2 rebounds in eleven games.[2]

On July 18, 2007, İlyasova signed a two-year deal with FC Barcelona of the Liga ACB.[6] In 2009, İlyasova won a championship with Barcelona.

In July 2009, İlyasova signed a multi-year deal to return to the Milwaukee Bucks.[7]

On August 3, 2011, İlyasova signed with Anadolu Efes of the Turkish Basketball League for the duration of the NBA lockout.[8]In December 2011, he returned to the Bucks following the conclusion of the lockout.

On February 19, 2012, İlyasova set new career-highs with 29 points and 25 rebounds against the New Jersey Nets, becoming just the third Bucks player in franchise history to record at least 25 points and 25 rebounds in a game, after Kareem Abdul-Jabbar (10 times) and Swen Nater (once). The feat had not been achieved for more than 35 years.[9] He subsequently earned the Player of the Week award for his performances from March 5–11.

On June 11, 2015, İlyasova was traded to the Detroit Pistons in exchange for Caron Butler and Shawne Williams.[14] The move reunited him with Brandon Jennings, who he played with in Milwaukee.[15] On October 27, he made his debut for the Pistons in a 106–94 win over the Atlanta Hawks, recording 16 points, seven rebounds, three assists and one block in 34 minutes.[16]

On February 16, 2016, İlyasova was traded to the Orlando Magic, along with Brandon Jennings, in exchange for Tobias Harris.[17] The next day, he made his debut with the Magic in a 110–104 win over the Dallas Mavericks, recording 16 points, five rebounds, two assists and one steal in 23 minutes.[18]

On June 23, 2016, İlyasova was traded, along with Victor Oladipo and the draft rights to Domantas Sabonis, to the Oklahoma City Thunder in exchange for Serge Ibaka.[19] He appeared in three games for the Thunder to begin the 2016–17 season.

On February 22, 2017, İlyasova was traded again, this time to the Atlanta Hawks in exchange for Tiago Splitter, a protected 2017 second-round pick, and the option to swap a second-round pick.[25]

İlyasova is the son of Crimean Tatar parents, Anvar and Iraliye İlyasova. İlyasova's wife Julia was born in Belarus. They have two daughters, Xenia and Catherine, who were born in Milwaukee.