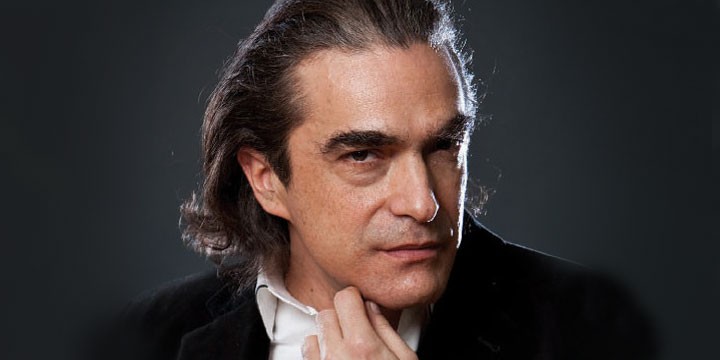 Fahir Atakoğlu (Turkish pronunciation: [faːˈhiɾ ˈatakoːɫu]) is a Turkish pianist and composer who has worked with a wide range of artists across many genres of music, ranging in style from symphonic scoring to advertising jingles. He was born in Istanbul, Turkey.

From 1987 to present, Atakoğlu has created music for commercials, news segments, and documentaries via advertising agencies including Lintas, McCann Erickson, CDP Europe, Young & Rubicam, Saatchi & Saatchi, and Ogilvy & Mather. Atakoğlu acknowledges that his training in ad jingles honed his skill as a composer to create immediate context within his music.

He has also composed music for Turkey's top bands and musicians, including Mazhar Fuat Özkan, Sezen Aksu, and Sertab Erener. He also composed music for Greek singer Notis Sfakianakis, whose CD-single "Telos Dihos Telos" - which included Atakoğlu's song of the same name- went 4x platinum with sales over 80,000 copies. Since 1994 Atakoğlu has recorded 10 albums which have sold over 2 million copies in 20 countries.

In 2008, an album titled Istanbul in Blue was released in the United States. The album is a wide-ranging set that at first seems like jazz/rock fusion, but also includes the influences of Turkish music, some acoustic interludes, and sections that are completely unclassifiable. The album features Atakoğlu on keyboards, Anthony Jackson on bass, Horacio "El Negro" Hernandez on drums, Mike Stern and Wayne Krantz on guitars and Bob Franchesini on saxophone.

Atakoğlu's scoring includes the adaptation of Metin Kaçan's novel Ağır Roman (East Side Story) into a musical which was performed locally in Turkey as well as at Hollywood's Ford Amphitheater in August 2006 by the Istanbul State Opera and Ballet.