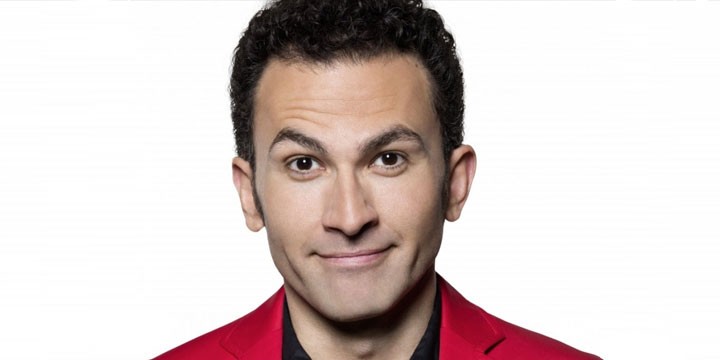 Fatih Çevikkollu was born in 1972 and completed his acting education at the University of Applied Sciences Ernst Busch in Berlin. From 2001 to 2004 he was a member of the ensemble in the Schauspielhaus Düsseldorf. During this time, he and his colleagues received the special prize of the jury for the best ensemble performance at the NRW Theatertreffen. He is also "immortalized" on phonograms. His debut CD is called "Domplatte" and was released in 1996. In "Alles Atze" he played since 1999 as Murat alongside Atze Schröder a starring role. With his wit he contributed significantly to winning the German Television Award for best sitcom in 2003 and the German Comedy Award for best series in 2003 and 2005 at. Since April 2005 Fatih Çevikkollu presents regularly in Cologne, Aachen, Essen and Dorsten the "No Maganda Club", each with four newcomers from the comedy scene. Fatih Çevikkolu leads each time through the evening. At the same time he started his first solo tour at the end of 2005 with "Fatihland", for which he won the Prix Pantheon 2006 - Jury Prize. The jury's laudation states: "With Fatih Çevikkollu, the jury honors a young comedian for whom integration is a cabaret artist thing. With love and self-irony he creates a hilarious bridge between his two cultures: the German and the Turkish. His view of things not only makes the audience laugh, it also works in their minds far beyond the evening. "Handelsblatt honored Fatih Çevikkollu in April 2007 in the Düsseldorf Kom (m) mödchen with the cabaret award" Springboard 2007 ", and praised how "he gives the wanderer between German prejudices and Turkish reservations". Since autumn 2008 he is on tour with his new program "Come to Fatih". Fatih Çevikkollu can also be seen regularly on television ("TV Total", "Frei Schnauze", "Mitternachtsspitzen", "NDR Talkshow", "Fritz & Hermann", "Nonsense Comedy Club",