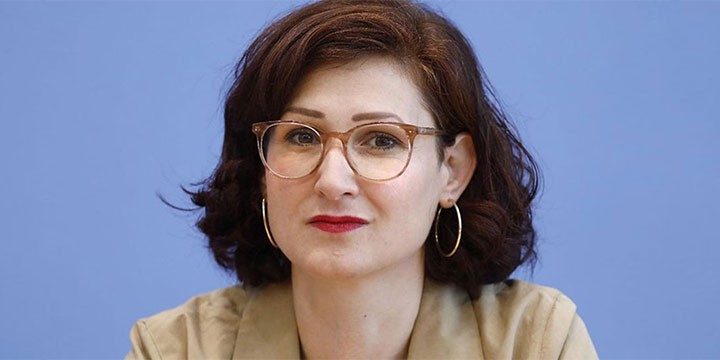 Ferda Ataman is a journalist, author and political scientist. She is familiar with issues relating to migration, diversity and racism. Ataman graduated from the Berlin School of Journalism and worked in the editorial offices of Der Tagesspiegel and Spiegel Online, among other things, and set up the media service Integration. From 2018-2020 she wrote the SPIEGEL column "Heimatkunde" and since May 2021 she has been doing the radioeins media column "Wissen, Meinen, Denken". In 2019, S. Fischer Verlag published her book »Stop asking. I am from here« and has triggered a debate about belonging in Germany with the hashtag #vonhier. In a previous life, she was a speechwriter for Armin Laschet (NRW integration minister at the time) and head of the public relations department at the »Federal Anti-Discrimination Agency«. She is honorary chairwoman of the association "New German Media Makers", which advocates diversity-sensitive language and good journalism in the immigration country. And she co-founded the »new German organisations«, a post-migrant network with over 130 initiatives from all over Germany. In 2019, she received the Julie and August Bebel Prize for innovative and emancipatory contributions to political education for her work and voluntary commitment. Ataman (happily) lives in Berlin.