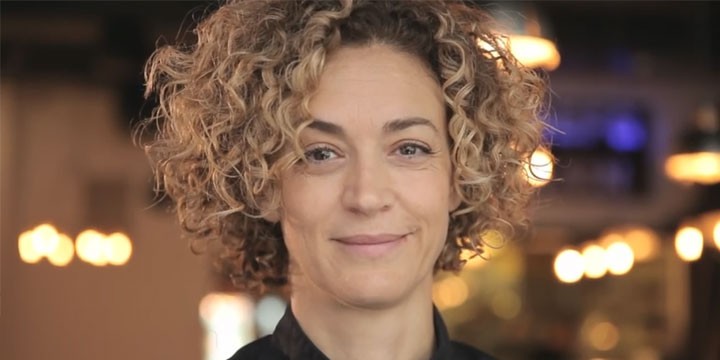 Fisun Ercan is a chef, cookbook author and cooking instructor whose Turkish cuisine is some of the best in the Montreal, Quebec. She is the owner and chef of two restaurants, Restaurant Su, located on Wellington in Verdun, and Barbounya on Laurier Avenue.

Her love of cooking is heavily influenced by her childhood on the Aegean coast of Turkey. Her father, who is passionate about food, and her mother, who is an excellent cook, passed down the family love of entertaining around the table. “I grew up in the kitchen and everything was fresh from the garden, farm or sea,” says Ercan.

When Ercan arrived in Montreal 1998 she first worked as a computer programmer. Soon enough, hosting meals for enthusiastic friends on the weekend turned into cooking school at College Lasalle, and a catering business that grew through word of mouth.

Restaurant Su was originally opened in 2005 to provide room for her catering business. She put down a few tables to fill in the gaps between catering contracts and soon the popularity of her restaurant meant she had to put the catering business to the side. Not content with the success of her first restaurant, she opened Barbounya in May and she’s currently working on a second cookbook to follow up Su, La cuisine Turque de Fisun Ercan, which was published in the fall of 2011.