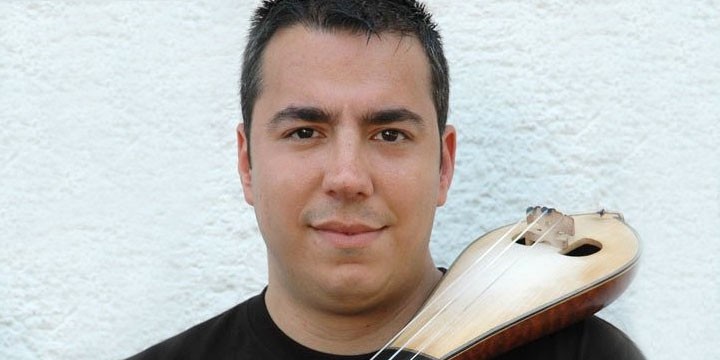 Furkan Bilgi (born 1979, Adana) received his first education on Classical Turkish Music from his father Hamdi Bilgi, a member of Uskudar Musiki Cemiyeti. The selection of classical kemenche at the Istanbul Technical University State Conservatory's Instrument Department, which he entered in 1991, is based on the excitement he heard when listening to Tamburi Cemil Bey's Saba Taksimi years ago.

He learned the High Performance Techniques from Kamuran Erdogdu and Ihsan Ozgen and found opportunity to work with the late Cinucen Tanrikorur between 1994-1995 on collective music, Classical Turkish Musical pieces and modal structure.

During that time, he had the opportunity to give concerts with Tamburi Murat Salim Tokac and to accompany masters such as Alaattin Yavaşça and Bekir Sıtkı Sezgin to concerts. Serdar Ozturk and the Polyphonic Turkish Music Orchestra have been able to work on the harmonic music structure in the 2.5-3 year period.

Between 1995-1997, Bremen played with Potsdam Philharmonic Orchestra, Hasan Cihat Ortek's Reformation album and concerts of this album, Bilgi also appeared on Dervishes album with Istanbul Semah Group. He met with Yeni Turku for the first time in 1997 through Raci Pismisoglu whom he recognized with one of the few stage performances he performed with the 'Modern Folk Uclusu' band.

Bilgi has been a studio musician in many productions by Derya Koroglu and Erkin Hadimoglu. His career includes many series and film music projects. He has taken part in many TRT recordings (in 2005) until 2005.

He participated in the kemen recitals by Halil Karaduman in Tunisia, Morocco, Austria and Germany, between 2006-2007. He played classical kemenche at the London Symphony Orchestra, in conjunction with Karaduman and Ali Tüfekçi.