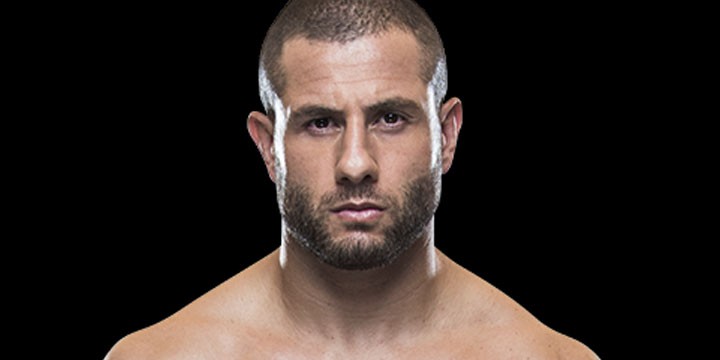 Gökhan Saki (born October 19, 1983) is a Dutch-Turkish mixed martial artist and former kickboxer. Fighting out of Mike's Gym in Amsterdam, he is two-time Dutch and European Muay Thai champion, K-1 World GP 2006 in Amsterdam tournament finalist and K-1 World Grand Prix 2008 in Hawaii champion as the first ever Turkish fighter to hold a K-1 tournament title. He is the former Glory Light Heavyweight Champion, winning the inaugural title by defeating Nathan Corbett in the semi finals, followed by Tyrone Spong in the finals. On May 25, 2017, it was announced Saki had signed a multi-fight contract with the UFC to compete in their Light-Heavyweight division (205lbs).

Saki was born and raised in Schiedam, Netherlands to immigrant parents from Turkey, both hailing from the Selim district of the Kars Province. Saki began training in kickboxing at the age of 10 when he also began playing soccer, but eventually quit soccer at the age of 16 because of his preference for kickboxing.

His initial trainer was Jan Pasztjerik, under whom he became Dutch, European and World Muay Thai champion within three years, before moving to the Golden Glory gym in 2003. In 2006, he returned to Pasztjerik as he embarked on a joint production with Golden Glory and Pasztjerik. Training at Golden Glory with Cor Hemmers, Saki became a well-known fighter as he took wins over André Tete, Vitali Akhramenko and Henriques Zowa, while also facing well-established fighters such as Badr Hari and Nicholas Pettas. Despite his success under Hemmers, Saki considers Pasztjerik as the main influence who helped him develop to the fighter he would become.

On May 25, 2017, Saki announced he had signed a multi-fight deal with the Ultimate Fighting Championship. After an absence of two years, Gokhan is looking for a big comeback with his management team lead by Ali Fardi. Saki made his promotional debut against Henrique da Silva on September 23, 2017 at UFC Fight Night: Saint Preux vs. Okami. He won the fight via knockout in the final seconds of the first round. This win earned Saki his first Performance of the Night bonus award.

Saki was expected to face Khalil Rountree on December 30, 2017 at UFC 219. However, he was forced to pull out, citing knee injury and was replaced by Michal Oleksiejczuk. The pairing was then rescheduled for UFC 226 on July 7, 2018.