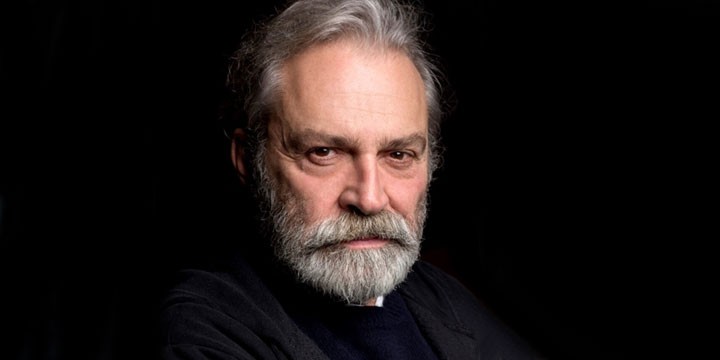 One of Turkey's most prolific international actors, Haluk Bilginer received his initial arts education at Ankara State Conservatory in 1977 before going to England where he graduated from London Academy of Music and Dramatic Art (LAMDA) in the late 1970s.

He worked in the United Kingdom and landed his first role at as Mehmet Osman in the television soap opera EastEnders (1985).

He starred in Hollywood movies as a minor actor. He played a villainous guerrilla leader in the 1987 comedy film Ishtar (1987) (one of the most notorious flops in movie history) and a Turkish Mafioso in the 2001 dark comedy film Acemi askerler (2001). He played the character of Emre Celenk in the episode of Persephone in Spooks (2002) 2004.

Bilginer makes his first appearance in EastEnders (1985) as Mehmet Osman on-screen in June 1985, four months after the show originally aired. Mehmet appears as a recurring character from 1985-1987, setting up a cab firm named Ozcabs from inside Ali's cafe; however, he becomes a regular in 1988, when both he and his wife Guizin (Ishia Bennison) are made partners in Ali's cafe, which is renamed Café Osman. Mehmet is portrayed as a charmer, a rogue and a womanizer. A serial gambler, Mehmet was shown to steer Ali into various money-losing ploys, and had a combustible marriage to Guizin, who put up with his philandering, as in the Turkish community, that's "what a wife was expected to do".

Described as "the Terrible Turk", Haluk Bilginer was one of the more popular male cast members on EastEnders (1985) during the 1980s, and he reportedly received sackfuls of fan mail, "despite playing a villain and a womanizing snake". Hilary Kingsley has said that what made the character so popular was Bilginer's Omar Sharif-style good looks and charm. Following the departure of Holland and Smith, Mehmet was eventually written out of the serial in May 1989, in a story line that signified the disbandment of the Osman family. On-screen, Mehmet returns to his native Cyprus after a fight with Guizin regarding her suspicions about Mehmet's fabricated affair with Sue. The Osman family were among many characters to leave the serial that year.

Bilginer went into musical theatre after leaving EastEnders (1985). During the course of the show, he came to Turkey to star in the 1987 TV series Gecenin Öteki Yüzü (1987) (The Other Side of the Night), where he met his eventual first wife Zuhal Olcay, famous Turkish actress and singer.

After dividing his time in London and Istanbul for six years, he left the show to stay in Turkey permanently and married Zuhal Olcay in 1992.

He guest starred in an episode of The Young Indiana Jones Chronicles (1992) as Ismet Inönü, and went on to star in the Yavuz Özkan film "Iki Kadin (1992)" (Two Women).

He then starred in various movies including the controversial İstanbul Kanatlarımın Altında (1996) (Istanbul Under My Wings) and the famous Usta beni öldürsene (1997) (Master, Kill Me). After critical acclaim for these roles, he earned his first award as a supporting actor in Masumiyet (1997) (Innocence).

1990 he founded "Tiyatro Stüdyosu" (Theatre Studio) with his wife Zuhal Olcay and Ahmet Levendoglu. After starring in various plays for six years, he had to return to screen in 1996 because of a fire that destroyed the theater. He and his wife starred in television and movies to raise money to found another theater.

During this era, he starred in Eyvah kizim büyüdü (2000) (Oh My, My Daughter Has Grown), starting his second era in television. After years of work, he and his wife managed to start a second theater, called "Oyun Atölyesi" (Play Workshop). His most famous role however came after he started his second theater. He landed a role in Tatlı Hayat (2001), a remake of The Jeffersons (1975). He played the role of Ihsan Yildirim, an angry, racist and foul-mouthed, yet lovable dry cleaner.

He divorced Zuhal Olcay in 2004 and began a relationship with Askin Nur Yengi, a famous Turkish singer. They married in 2006 and had a daughter.

His role in Polis (2007) (Police) is his most critically acclaimed role after Tatlı Hayat (2001). His portrayal of the troubled police legend Musa Rami has gained critical acclaim from both critics and viewers, who thought the movie was too experimental.

IN 2009, he played in the famous Turkish soap Ezel (2009) and became famous with this role around Arab world. Bilginer co-starred in the 2009 American thriller The International (2009) as Ahmet Sunay, a Turkish high-tech missile guidance system dealer. He was accompanied by Clive Owen and Naomi Watts in that movie.

Bilginer plays Aydin, an imposing Grey-haired former actor, in Kis Uykusu (2014), which won the Palme d'Or at the Cannes Film Festival in 2014.