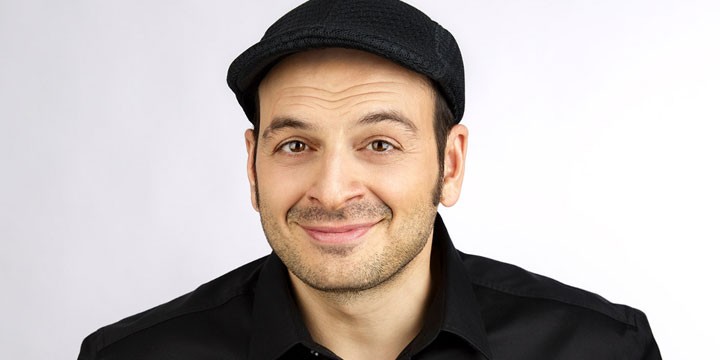 Kaya Yanar is a German comedian and television presenter. His breakthrough came with the comedy show "What are you looking at ?!".

The German comedian and presenter Kaya Yanar was born on May 20, 1973 in Frankfurt am Main. There he attended a humanistic grammar school and then enrolled as a student of American studies, philosophy and phonetics at the Johann Wolfgang Goethe University. However, he did not earn a degree there. Instead, Kaya Yanar decided on a television career and was soon celebrated for his comedy show "What are you looking ?!" (2001 to 2005) that received great success.

Following his show, he toured with his three solo programs "Made in Germany", "Live and uncensored" and "All Inclusive!" through Germany.

Kaya Yanar was the first artist with a Turkish migration background to reach a broad audience in Germany. Experts therefore see him as a pioneer in promoting the acceptance of multicultural cultural trends. The famous fictional characters Ranjid and Hakan, invented by Kaya Yanar and regularly featured in his skits, certainly contributed to this role.

In addition to the moderation of the "Comedy Grand Prix", which airs on RTL, he stands for the program "Is it still ?! Kayas Week", in which he combines a satirical weekly review with stand-up comedy, in front of the camera.

Kaya Yanar is also on the road on stage, touring with live programs like "Around the World" and "Planet Deutschland".

In addition, the comedian is privately involved: since 2012, he has been the godfather of a school in Aschendorf, which is dedicated to the motto "School without racism - school with courage".