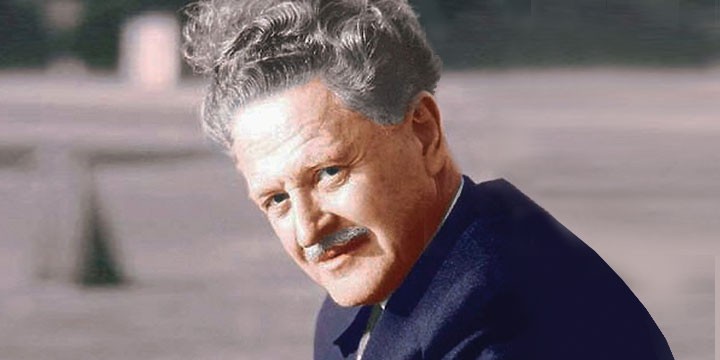 Nâzım Hikmet, the poet who brought a new concept into Turkish Poetry, was born in Selonika. He was educated at “Mekteb-i Sultani”, “The Nişantaşı Numune Mektebi” and then “The Heybeliada Naval Academy”. But he left The Naval Academy due to poor health in 1920. He published his first poems in this period . At the beginning of 1921, he went to Anatolia to take part in the war of independence.

His interest in the October Revolution in Russia took him, to the USSR. Nâzım Hikmet returned to Turkey as a committed marxist. The poetry he now wrote reflected a new understanding and earned him great acclaim. Nâzım Hikmet was imprisoned many times because of his poetry. The last charges against him resulted in a 28 year prison sentence in 1938 for inciting mutiny in the navy.

A campaign in support of Nâzım Hikmet’s innocence started in 1949 in protest of his imprisonment and created significant reverberations abroad. With the passing of a general amnesty in 1950, Nâzım Hikmet was released from prison. Following his acquital, Hikmet left the country because political pressure . He was extradited from Turkish citizenship in 1951. He died in Moscow where lived until 1963.

Without departing from Turkish poetical tradition, Nâzım Hikmet was able to consistently renew his poetry. His most unchanging characteristics, however, were his belief in a bright future and his devotion to the people of his own country.