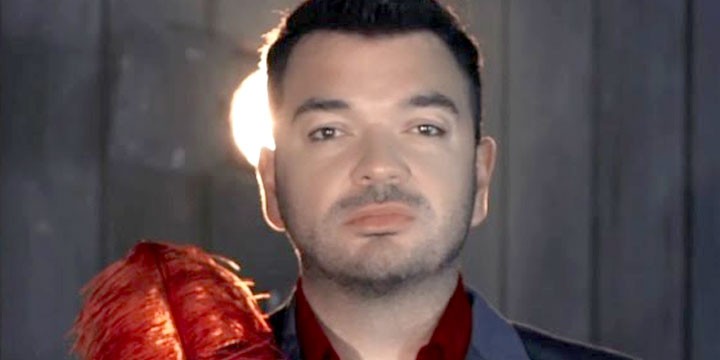 Nuri Harun Ates's professional life in the arts started in 2002 with his performance at Mustafa-Övül Avkıran's 5th Street Theater in Sweden.

In 2003, he appeared in the "Neos Cosmos" as a singer and won the International Zurich Theater Spektakel 2003 performance award.

He completed the Schola Cantourum Basiliensis old music school in Switzerland in 2005, with the scholarship and sponsorships he received from International Zurich Theater Spektakel. He studied under the supervision of Prof. Dr. Güzin Gürel at the Istanbul State Conservatory for the following three years until 2008.

During his education he took part at the "Ashura" musical, produced by the 5th Street Theater of Sweden. The musical was staged at numerous music and theater festivals of Holland, Germany, Sweden, Italy, Denmark, Belgium, Switzerland and France, over a five year period between 2004-2009.

2007 Copenhagen, Denmark The last project of Hotel Proforma Theater was featured as a singer in "The Sand Child".

In 2008 he performed at the Stockholm Gay Pride Festival, in the Riksteatern och Pusterviksteatern organization. He continues to be involved in concerts of the organization.

In August 2009, he performed Swedish, Norwegian and British tunes along with the musical "Glorious Death" which made its world premiere in Denmark.

In 2009 he performed "Dar-ul Love" at Garage Istanbul. The musical is famous for its world premier at the Rotterdam Opera Days. Ates has been the one and only performer to perform this "new opera" piece in Turkey.

In 2010, he performed as a singer at "Kabinet", the co-productions of Freiburg State Theater and Garage Istanbul.

He sang at the musical "Glorious Death" at the 2010 Scotland Theater Festival and started performing annually at the Istanbul Gay Pride organizations.

In 2010, he became one of the soloists of the Bodrum Karya Baroque Ensemble. He performed at the 1st Bodrum Baroque Music Festival. He is still involved with the local and international concerts of the group.

In 2011, he gave concerts in Istanbul, Izmir, Bodrum, Çeşme and Ankara with the project "Kafasi Karisik Kontrtenor".

In 2012 he gave concerts at the "Amsterdam de Prade" Festival with the project "Kafasi Karisik Kontrtenor", and gave concerts in Germany Coburg with the organization of the Union of European Castles.

In 2013 he gave concerts with the Austrian Baroque Academy organization.

In 2014, he collaborated with Doğan Müzik for the album "Kafasi Karisik Kontrtenor", and gave concerts at Garage Istanbul.

In 2017 he starred in a play called "A Little Bit You A Little Ben" directed by Ebru Nihan Celkan.

Later that year, he performed the "Ates ve Diva" performance for the Creative Children's Association at the Pera Palace Hotel with Soprano Demetra George Mustafaoglu.

He also gave a concert at St. Regist in Istanbul for the benefit of the Creative Children's Association and went on to perform "Kafasi Karisik Kontrtenor" at IKSV concerts in Babylon and Provincial Kabare.