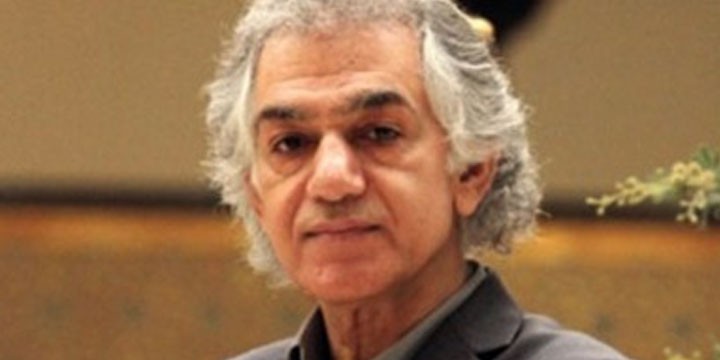 Honored as a peacemaker and virtuoso, OMAR FARUK TEKBILEK is now one of the most sought-after musicians, whose work transcends political boundaries while maintaining traditional sensibilities in a way few artists can manage.

Omar Faruk was a musical prodigy. He was born in Adana, Turkey to a musical family who nurtured his precocious talents. At the age of eight, he began his musical career by developing proficiency on the kaval, a small diatonic flute.

At the same time he studied religion with thoughts of becoming a cleric, or Imam. His musical interests were being nurtured by his older brother and by a sympathetic uncle who owned a music store and who provided lessons. “He had a music store, and he also had another job during the day. So he told me to come after school, open the store, and – in exchange – he gave me lessons.” While working in the store, Omar Faruk learned the intricate rhythms of Turkish music, how to read scales, and other rudiments. He was trained on and eventually mastered several instruments; ney (bamboo flute), zurna (double-reed oboe like instrument with buzzing tone), the baglama (long-necked lute), the oud (the classic lute), as well as percussion. By the age of twelve he began performing professionally at local hot spots.

In 1967, upon turning sixteen, he moved to Istanbul where he and his brother spent the following decade as in-demand session musicians. Omar Faruk stayed true to his folkloric roots, but during this period of frenetic session work in the metropolitan music scene, he explored Arabesque, Turkish, and Western styles and the compositional potential of the recording studio. In Istanbul he also met the Mevlevi Dervishes, the ancient Sufi order of Turkey. He did not join the order, but the head Neyzen (ney player), Aka Gunduz Kutbay, became another source of inspiration. Omar Faruk was profoundly influenced by their mystical approach and fusion of sound and spirit. During that time he was introduced to Hatha Yoga and eventually to Tai Chi and Chi Qong, which he continues to practice daily.

Omar Faruk’s skills in the studio blossomed in Istanbul playing with some of the leading Turkish musicians of the day including Orhan Gencebay, flute and saxophone player Ismet Siral, percussionist Burhan Tonguc and singers Ahmet Sezgin, Nuri Sesiguzel, Mine Kosan and Huri Sapan to name a few.

After establishing himself as one of the top session musicians in Turkey, he began touring Europe and Australia. By 1971 at the age of 20, he made his first tour of the United States as a member of a Turkish classical/folk ensemble. It was while touring in the US that he met his future wife, Suzan, and in 1976 he relocated to upstate New York to marry her.

Omar Faruk found very few options for a Turkish musician in the US, so he formed a band called the Sultans with an Egyptian keyboardist, a Greek bouzouki player, and his brother-in-law on percussion. It started as a pop band but very quickly turned into a sort of Pan-Near Eastern ensemble. They began to attract some attention within the circle of Middle Eastern dance fans. They managed to record five albums during this time, but Omar Faruk was still unknown outside his local musical community.

This was all about to change with the fateful meeting with Brian Keane in 1988. In the following years, he and Keane would produce another six recordings together, launching Omar Faruk boldly into the world music scene.

Omar Faruk Tekbilek has since established himself as one of the world’s foremost exponents of Middle Eastern music. A multi-instrumentalist par excellence, he has collaborated with a number of leading musicians of international repute such as jazz trumpeter Don Cherry, keyboard player Karl Berger, ex-Cream rock drummer Ginger Baker, Ofra Haza, Simon Shaheen, Hossam Ramzy, Glen Velez, Bill Laswell, Mike Mainieri, Peter Erskine, Trilok Gurtu, Jai Uttal, Yasmin Levy, Tomatito, Enrique Morente and Steve Shehan among others. He has contributed to numerous film and TV scores and to many recordings including world sacred music albums, and has been touring extensively throughout the Middle East, Europe, Australia, North and South America.

Omar Faruk’s music is rooted in tradition, but has been influenced by contemporary sounds. He views his approach as “cosmic” and his commitment to music runs deep. The four corners of his creativity emanates mysticism, folklore, romance, and imagination. Like Omar Faruk himself, his music symbolizes diversity-in-unity.