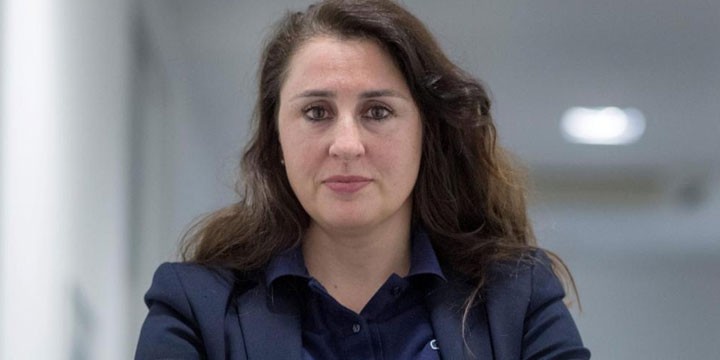 Seda Başay-Yıldız grew up in the Hessian Marburg. She is known for her anti-racist stance in Germany. She studied law and works at a law firm in Frankfurt am Main. Basay-Yıldız is married and has a daughter. Known cases Seda Basay-Yıldız defended five years, the family of the first murder victim of the right terrorist cell " National Socialist Underground ", the Hessian florist Enver Simsek in NSU process until 2018. In May 2018, alleged IS supporter Haikel S. was deported to Tunisia. He had tried to defend his deportation at the Federal Constitutional Court and the European Court of Human Rights. He failed in both courts, as Tunisia officially does not impose a death penalty. Seda Başay-Yıldız represented Haikel S. until his deportation. Seda Basay-Yıldız defended several men who were classified as "Islamic troublemaker" by the authorities. The case of the alleged bodyguard of the terrorist leader Osama bin Laden , Sami A. is a well-known case . She reached that against the city of Bochum 10,000 euro penalty was set, because this had overruled the courts and the man had simply deported to Tunisia. The administrative court in Gelsenkirchen said the deportation was "grossly unlawful". The Süddeutsche Zeitung described Başay-Yıldız's work as "friendly in tone, tough in the matter". Positions Başay-Yıldız said in relation to her clients in 2018 that Interior Minister Horst Seehofer and Alexander Dobrindt contribute with "populist comments" on lawyers in an "anti-deportation industry" (quote Dobrindt, Unwort des Jahres 2018 ) "to heat up the climate. There we will lawyers, organs of justice, suddenly become enemies." Regarding the NSU proceedings, she said that the investigation had made it clear that the police and the protection of the constitution had made mistakes. She considers it possible "that this failure continues". After all, the mistakes of the investigating authorities have never really been worked up. Since 2013, the social climate in Germany has become rougher. With the AfD in the Bundestag racist statements have become socially acceptable. Seda Başay-Yıldız pointed out that many AfD supporters also serve in the civil service, they are "judges, prosecutors, police officers". Threat by right-wing extremist circles Seda Başay-Yıldız is constantly exposed to sexist, Islamophobic and xenophobic abuse and threats. In August 2018, shortly after Sami As deportation was declared wrong, Yildiz received a fax from a group or person signing with "NSU 2.0". It threatens to "slaughter" her little daughter. The sender gave the name of the then two-year-old and the not publicly known residential address of the family. The investigating state protection came across a query on the service computer of a Frankfurt police station. There, the registration address of Yildiz had been queried. The state protection determined by this reference five Frankfurt police officers who sent in a Whatsapp group swastikas and Hitler images . As a result, Hessian politics also dealt with right-wing police officers and their right-wing ideas with the state police. [9] The four suspected officials and one official are silent on the allegations and have been suspended. On January 13, 2018, another fax from "NSU 2.0" was received by Yildiz. This letter is again based on internal data from the police system. The letter clearly refers to the suspension of the Frankfurt police officers. Again, her entire family is threatened with death; her daughter was "torn off his head". Here, too, the name of Başay-Yıldız 'father, her mother, her husband and daughter, that is, all the people registered under their address, is mentioned. Yildiz noted that this information could not be obtained through social media. Her father is 79 and do not use Facebook. According to the newspaper, the fax was sent to Başay-Yıldız on 20 December 2018 - one day after a special meeting of the Hessian Interior Committee on the police scandal. "There can be no other way than the police computer." Yildiz said, "Başay-Yıldız was offered by the police to get her a gun license." I should arm myself? In Germany? Just to pursue my job as a lawyer? "She asked irritated. So far, police and prosecutors failed to identify the persons behind the threatening letters; apparently the faxes are not traceable.