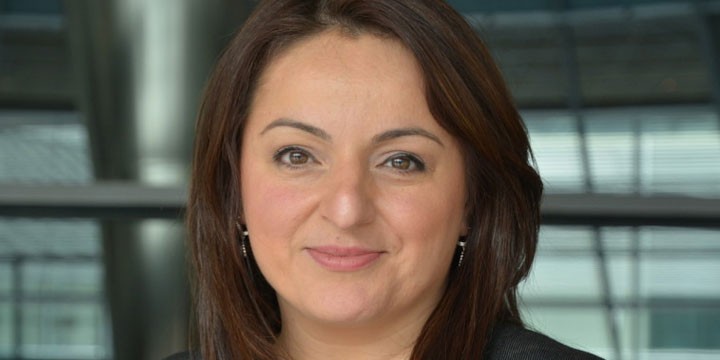 Sevim Dağdelen (born 4 September 1975) is a German politician of Kurdish origin and a member of the Left Party (die Linkspartei).

She worked as a journalist for the Turkish newspaper Evrensel and German publications Tatsachen and Junge Stimme. She was also active as a translator.

Dağdelen participated in the State dinner with Angela Merkel at the White House.

In 2012 Dağdelen faced criticism for signing a controversial pamphlet accusing the U.S. of preparing war against Syria and Iran. Dağdelen is also the only politician to have visited Julian Assange where he remains at the Embassy of Ecuador in the United Kingdom.

Dağdelen was re-elected into the Bundestag for the third time following the 2013 election.