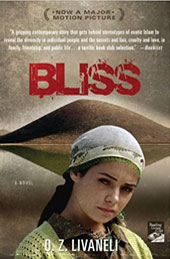 Fifteen-year-old Meryem lives in a rural village in Eastern Anatolia, Turkey. Her simple, conventional way of life changes dramatically after her uncle, a sheikh in a dervish order, rapes her―and condemns her to death for shaming the family. Asked to carry out the "honor killing" is his son Cemal, a commando in the Turkish army. So begins a long, mystifying voyage for Meryem as her shell-shocked cousin ushers her to the shining metropolis of Istanbul where another troubled soul, the Harvard-educated professor Irfan, embarks on his own journey of transformation―one that catapults him into the heart of Meryem and Cemal's conflict. The crossed-paths and interwoven destinies of these three characters makes for an affecting, by turns brutal and life-affirming portrayal of traditional and modern-day Turkey that no reader will soon forget.