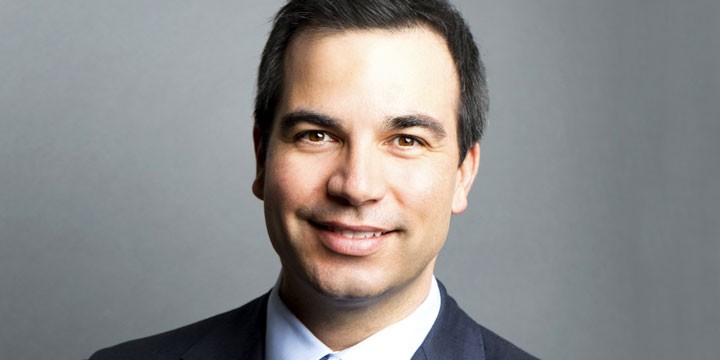 Sinan Kanatsiz is chairman and CEO of KCOMM, an internet marketing company founded by Kanatsiz in 1998. He is chairman and co-founder of the Anaheim International Film Festival, and the Internet Marketing Association.

In 2010, he was appointed by Governor Arnold Schwarzenegger to serve on the State Assistance Fund for Enterprise, Business and Industrial Development Corporation.

Previously, he was appointed by President George W. Bush to serve on the U.S. small business administration's National Advisory Council.

Sinan Kanatsiz has effectively made his mark as an outstanding entrepreneur. In 1998, while studying for a master’s degree at Chapman University, he followed his entrepreneurial spirit and formalized his first company, KCOMM, a Public Relations and Internet marketing agency. The company quickly evolved into a full-service marketing, government affairs and event marketing firm known for its Internet expertise and results-oriented approach.

In less than ten years, Sinan grew the firm to several million dollars in revenue, opening business centers in Dallas, New York, Dubai, Istanbul, Montreal, London, Argentina and Delhi. Currently, KCOMM has over 165 employees and independent contractors in several countries, and has developed campaigns for over 1,000 of the most prominent companies throughout the world. These include organizations ranging from innovative start-ups to New York Stock Exchange and Nasdaq listed companies such as Oracle, Sony, eBay, T-Mobile, HP and the University of Phoenix.

KCOMM’s dedication to strategic programs and results-oriented campaigns has earned the firm several PROTOS awards, the highest honor bestowed by Public Relations Society of America (PRSA). The effectiveness of KCOMM’s strategies has become so widely-recognized that the firm’s clients have now extended beyond the realm of technology to include elected officials, municipalities, state and federal government and multi-national organizations.

As a consummate entrepreneur and philanthropist, Sinan takes his community responsibilities very seriously. In addition to mentoring high school and college students, he is often asked to speak about entrepreneurship and the Internet. He has held engagements at several universities, including USC, Chapman University, UCLA, Cal State Fullerton, Pepperdine, UC Irvine and Cal Tech. Additionally, he was a keynote speaker at the Future Business Leaders of American (FBLA) National Conference in San Jose and is often called to speak on a variety of topics including Social Media, Search Engine Optimization, Email Marketing, Modernizing Government and the future of the Internet.

Sinan’s belief in the power of entrepreneurism and politics led him to be the original founder of a group called Generation NeXt in 2004, a network of young business and community leaders committed to making a difference by empowering others for the betterment of the next generation. Additionally, he founded the Internet Marketing Association in 2000, a group that has grown to over 1,000,000 professional members worldwide. His philosophy is to make the association free to join and underwrite all events with corporate partners. Past events have included the founders of Google, SalesForce, Tesla Motor, SpaceX, Yahoo, Facebook, Microsoft, St. Regis Hotel, Wahoos, Quest Software, Oakley and YouTube. Kanatsiz is currently expanding the group globally and involving technology leaders from Europe, the Middle East, China and India, creating the largest trade association in the world, which is defining standards for the Internet.

Sinan holds a B.A. in Communications, with an emphasis in Public Relations, and a Master’s degree in Organizational Leadership with a certificate in Human Resources, all from Chapman University. Sinan was designated Alumnus of the Year by Chapman University in the year 2000. He was also the recipient of the Community College of California Alumnus of the Year Award in 2005. Sinan was named in the Hall of Fame for Santa Ana College in the year 2006. He has also been named as 40 under 40 and a featured Entrepreneur of the Year by OC Metro Magazine. To this day, he credits his accomplishments to his Four Pillars of Success: personal integrity; coaches and mentors; family; and education.