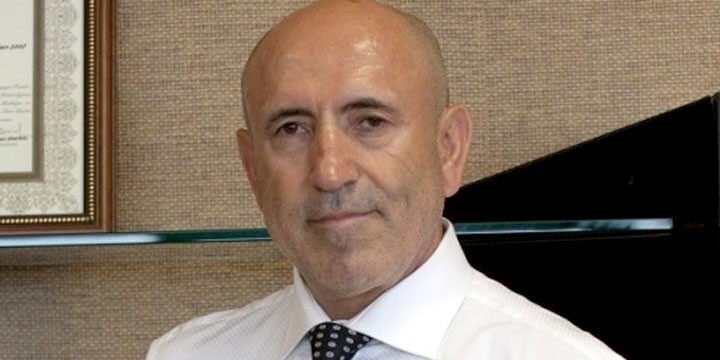 Kemal Sahin came to Germany in 1973 with the help of scholarship, learnt german for one year and began to study Metallurgie at the RWTH in Aachen. After he had ended his engineer study he established his first company, the Santex Moden GmbH, because he didn't get a permission to work as engineer.

Kemal Şahin is the chairman of the board of directors and is at the same time the biggest Turkish employer abroad. In 1997 Kemal Şahin was elected "Manager of the year" by the Schitag Ernst & Young management consulting and by the manager magazin for his important entrepreneurial achievement. In the celebration of an international conference in Palm Springs, Californien, he was admitted in the "Entrepreneur of the Year Institute".

1998 he got a prize for the honory investor of Europe by the Club of Europe. In 2000 he was awarded with the order of merit for his extraordinary activities by the president of the Turkey republic, Süleyman Demirel. At the end of 2000 Kemal Şahin was given an honorary doctorate by the Selçuk University of Konya on the basis of his great actions and his achievements in educational sphere.

The biography of Kemal Şahin, written by himself, is since March 2000 available in bookshops.

The world-wide Şahinler-empire consists of two companies in Germany, one in the Netherlands, in Austria, in France, in Switzerland, in Spain, Romania, Bulgaria, Slovenia, in Great Britain and one in the USA as well as productions- and commercialfirms in Turkey.

In the european companies nearly work 2.500 persons, mainly Germans. The companies in Europe made a turnover of 330 millions Euro in 2001.

In Turkey 18 companies are united under the roof of Şahinler Holding. The aim of this expansion was to grant a complete manufacturing- and production-chain – from cotton to yarn – from yarn to fabric – from fabric to cloth. Further to the group belong an own steam- and electric power station, a catering company, a building contractor so as the 1st class holiday resort "Mega Saray" in the near of Antalya. With an annual turnover about 770 millions Euro Şahinler Holding is the greatest export company of textile and clothing articles in Turkey.

11.500 persons obtain the total turnover of the Şahinler Holding/Şahinler Group at a height of 1,1 billion Euro.

Beside his successful business Kemal Şahin is also active in social organizations:

ATIAD (association of Turkish employers and industrialists in Europe) Member of foundation and former Chairman of the board.

Turkish foundation of foreign trade in Ankara: Member in the committee of foundation and Chairman of the board

Şahinler Foundation founded in 1987 The aim is to serve in fields of education, health and welfare in Turkey. Providing scholarship to 450 successful students in secondary and high schools who are orphans or in a financially bad condition. Şahinler Foundation opened two "Şahinler Primary Education School" as foundations for the turkish educational institution. Additionally it supports different schools with computers and educational equipment.

TEMA-Foundation in Germany/Aachen (International foundation for the fight against erosion, for restocking and nature conservancy): Member of foundation and President of foundation.