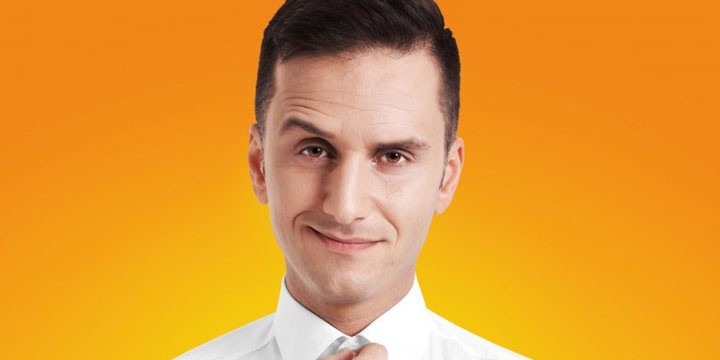 Cosar started breakdancing at the age of twelve. In 1996 he co-founded the breakdance crew Dynamic Move. Two years later, he joined the United B-Boys, with whom he participated in national and international events and competitions and won titles. Due to his talent and his joy in this form of dance, he started teaching at the dance school Burger & Schäfer Breakdance in 1999. In 2000 he won the German championship under the B-Boys in Hamm.

In 2004 he was asked by a friend if he would like to host the Battle of the Month. After Coşar had promised, he had so for the first time a performance on a stage. In the following years, he presented among others the FIFA Interactive World Cup Tour and the world's largest games fair, the Games Convention. Four years after his presentation at the Battle of the Month Coşar had his first stand-up comedy appearance in the Stuttgart Corso Bar. He then gave the premiere of his first comedy show "2guys1stage" with Yavuz Koroglu at the Theaterhaus Stuttgart.

In the Stuttgart theater house production "What does love mean here?", He made his debut in 2009 in acting. He played the lead role. Coşar also participated in the performance of The Twelve jurors.

On January 14, 2014 Coşar made his first appearance on TV totally on ProSieben. His second appearance followed in the same year on 11 September.

The premiere of his first comedy solo show "Adam & Erdal - The Inseparable" was the beginning of 2012. Three years later, on March 5, 2015, followed the solo show "You have changed completely". His premiere of the third solo show "Old School - The Future Can Wait" was given by Coşar on September 20, 2017 in front of a sold-out audience at the Theaterhaus Stuttgart. Since then he has been touring Germany with his programs.

Coşar's parents, Emine and Musa, lived in Germany in the Black Sea region of Samsun before emigrating in the 1970s. Coşar was born in 1981 in the St. Anna Clinic in Bad Cannstatt, a district of Stuttgart. He has two sisters. He grew up in the Stuttgart district of Zazenhausen. At the age of ten, he moved with his family to the Stuttgart district Hausen, where he attended secondary school. After completing secondary school, he attended vocational college for one year. He then worked as an operator for laser printing and later completed a training as a dental assistant and sports teacher. During his schooling, he distributed newspapers and worked as a waiter in the catering industry.