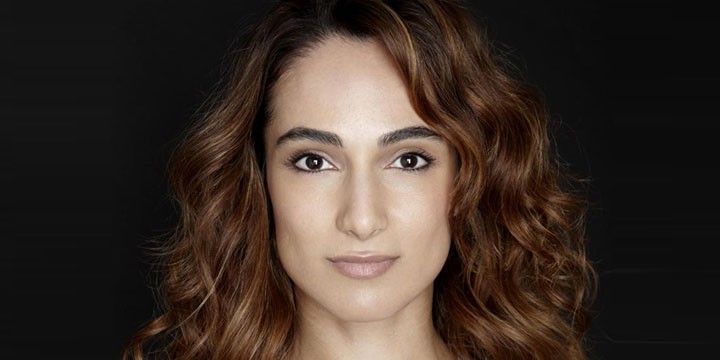 The first international film she acted in was Jump with Patrick Swayze. She appeared in a prominent role in the black comedy Shortcut to Hollywood, shot in the US and presented at the Berlinale Film Festival 2009.

In October 2007, Bayram debuted on the stage with great success in the solo theatre performance Anne Frank: The Diary at the Théatre de la Ville D’Esch in Luxembourg. The play received an invitation to the theatre festival of German language in Prague and had its German premiere in Frankfurt am Main. Buddy Elias, Anne Frank’s cousin, praised Bayram’s performance. From 2008 to 2009 Bayram toured with the English version in Canada and the USA. On the commemoration of Anne Frank’s 80th birthday, Bayram concluded the play with three performances at the Museum of Tolerance in LA.

THE TIMES commended her performance in Anne Frank: The Diary, calling her “one of Germany’s most convincing and subtle actresses”.

In 2009, Bayram starred in the films 180° – When Your World Turns Upside Down, shot in Switzerland, and Sevdah for Karim, shot in Bosnia & Herzegovina. For both roles Bayram acted in the national languages of Swiss German and Bosnian. Her films screened at major international film festivals, including Zurich, Sarajevo, Pécs, Antalya, Goteborg, Rotterdam, Marrakech, Seattle, Locarno, London, and Berlin.

HOLLYWOOD REPORTER wrote her performance in the film 180° was a “heartbreaking portrait of a young woman.”

In early 2011, Bayram played the lead in Sirat, a popular Turkish TV serial. In July 2011, she performed the lead role in the international thriller Body Complete, acting in both English and German alongside a veteran cast of Hollywood and Broadway actors. The film was shot in Sarajevo and its surrounding regions, and Vienna. Body Complete was screened at 14 festivals and won 7 awards. Bayram won two Best Actress awards, at the New York International Riverlight Film Festival 2012 and the American International Film Festival 2012.

In August 2011, Bayram starred in the feature film Shanghai Gypsy, a love story filmed in Italy and Slovenia. In the principle role, Bayram further exhibited her linguistic dexterity, performing in Italian and the Gypsy dialect of Romani. Recently, she co-starred in the German ARD-TV film Die Wüstenärztin (The- Dessert Doctor). For this role she learned the essential parts of her text in Arabic. In 2013 she appeared in David Frankel’s comedy film One Chance, alongside James Corden and Julie Walters.

In 2016 Asli worked on TOMMIES – BBC Radio 4 a radio play created by Jonathan Ruffle and directed by Jonquil Panting.

Most recently Asli starred in the feature film Justice.

In addition, she is active in her role as an honorable ambassador for crime prevention at the justice ministry in Hessia, Germany.