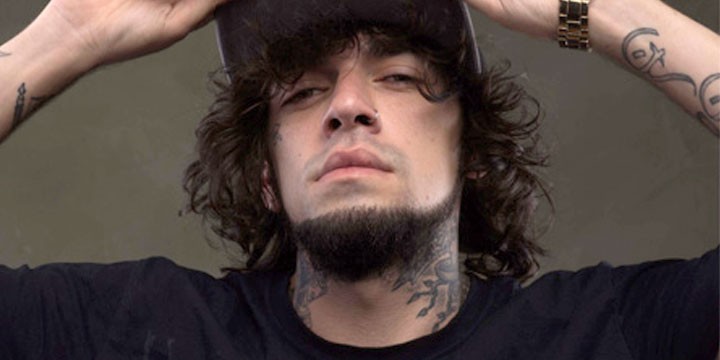 Berlin resident rap star Ezhel, or known by his real name Ömer Sercan İpekçioğlu (born 1 July 1991), is a Turkish singer and songwriter from Ankara whose music blends trap, hip-hop and reggae. His song Geceler has been streamed more than 60 million times on Spotify and he has been given the title 'Freestyle King' by Hip Hop Life. Ezhel came from a musical family. His mother was an Anatolian folk dancer, and his uncle was a musician and sound and light engineer.[4] He received a scholarship to TED school, and began listening to US rappers like Eminem, 50 Cent and Tupac Shakur. At 18, he began performing with a reggae band called Afra Tafra. After this group split, he formed his own reggae band, Kökler Filizleniyor, along with some of his friends from Ankara.[6] He performed under the name Ais Ezhel until 2017. Ezhel also plays the Turkish guitar baglama as well as the Western guitar, and sings reggae with the band Kökler Filizleniyor. In May 2017, he released his first album “Müptezhel” in which he experimentally blends trap, hip-hop and reggae sounds. Ezhel was arrested on 24 May 2018 and sent to pretrial detention accused of "inciting drug use" in his songs. On June 19, Ezhel was acquitted within 9 minutes of the opening of his first trial hearing. Ezhel's lawyer, Fuat Ekin, stated that, "We got an acquittal. We can say that justice has been done," according to the Media and Law Studies Association (MLSA). In May 2019, The New York Times named him among the European Pop Acts that everyone should know.

Ezhel is a prominent representative of hip-hop / trap culture in Turkey with a surprisingly fresh lyrical style that is fusing counter-culture and Anatolian city life.

Even though this musical genre is not mainstream, his music managed to cross over genres and he became a favorite artist among listeners some of whom normally don’t follow rap music.