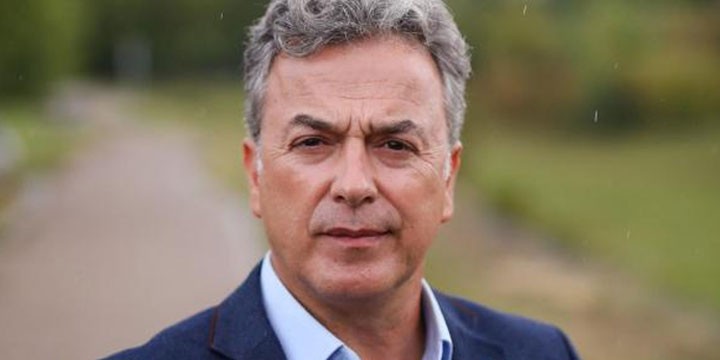 Kılıç works in a Heidelberg law firm specializing in international private law, European law and immigration law. He is a member of the bar associations in Karlsruhe and Ankara. His legal training he received at the University of Ankara and the Ruprecht-Karls-University of Heidelberg, where he and the Master of Laws acquired.

From 2004 to 2009 he represented the Greens in the town council of the city of Heidelberg. Kılıç is in the German-Turkish Lawyers Association and the Expert Committee on Migration of the Council of Europe. He was from 1998 to 2008 in the Broadcasting Council of Südwestrundfunk and from 2000 to 2009 a member of the Advisory Council for Questions of the Innere Führung of the Bundeswehr.

In addition to legal contributions Kılıç also published numerous political essays and contributions in various regional and national media. Memet Kılıç ran as citizens with German and Turkish citizenship both in the 2005 election and in the 2009 federal election in the constituency Pforzheim for Alliance 90/The Greens.

In 2009, he was elected to the Bundestag via the state list of Baden-Württemberg. He was a member of the Interior Committee. He was not re-elected at the 2013 general election. In the general election in 2017 he may run in the constituency Rhein-Neckar. Kılıç is Alevi.

In March 2010, Kılıç rejected an invitation by Turkish Prime Minister Erdoğan to a Turkish government event in Istanbul that would motivate Turkish politicians in Germany to become more involved in the interests of the Republic of Turkey, and justified his refusal: "I have the framework for the event was not seen.

It was a meeting of Turkish representatives and I see myself primarily as a member of the German Bundestag. So I did not fit in." Kılıç expressed in February 2012 refusing to the upcoming election of Joachim Gauck in the office of Federal President. Gauck had destroyed confidence with his praise for Sarrazin. "We need real integration and not populist debates," he said in the Frankfurter Rundschau.

On the occasion of the protests in Turkey in 2013 Kılıç together with Cem Özdemir and other politicians of the Greens demanded in an open letter that the then Turkish Prime Minister Recep Tayyip Erdogan to end the violence and to allow freedom of expression in Turkey. "This senseless violence against people peacefully exercising their civil rights must come to an end. The elected government of a democratic country, which endeavors to join the European Union, should not see it otherwise and certainly not take advantage of violence against its citizens shrugging or even cause them."

In December 2019, a Turkish court issued an arrest warrant over insulting President Erdoğan in an interview he gave to online news website ABC in July 2017.