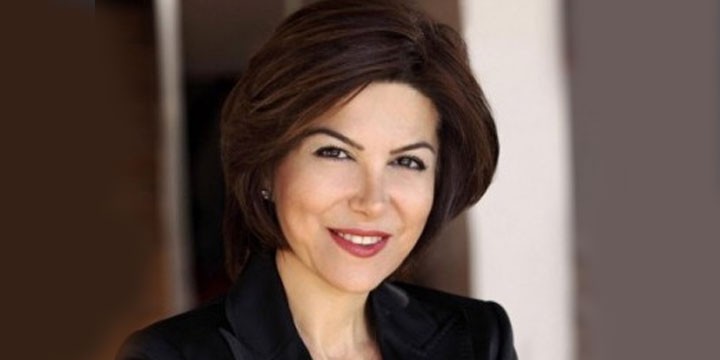 Sedef Kabas, born in London, studied “International Relations and Political Science” at Bogaziçi University and graduated in 1992. She then went to the U.S. with a Fulbright Scholarship and received a master’s degree in “Broadcast Journalism” at Boston University . Kabas received her PhD degree at Marmara University in “Journalism” with her thesis on “News Interviews”. She lectures at Bahçeşehir University and Kadir Has University on “Presentation Skills and Public Speech”, “The Art of Interviewing”, “Media Relations”, and “News Writing”. She started her career at Power Fm Radio Station as a news editor and presenter. Then worked for CNN International in Atlanta as an associate producer where she prepared some special news packages on issues concerning Middle East, Europe and Balkans. She received the 1998 CNN World Report/ Best Economy News award with a report on the booming Turkish doner kebab industry in Germany. (1995-1997) Kabas was the creator and presenter of an interview show program at NTV , called PORTRELER/ The Portraits in which she interviewed hundrends of people who were leading figures in business, politics, culture, arts, science, sports and media. For this program, she won 1999 Dialog/ The Most Successful Presenter award. (1997 -2000) On channel ATV , she worked as an evening news editor and presenter for the news program called DÖNENCE/ After Midnight . She conducted live interviews with distinct figures where she also presented last minute news events. (2000) For TV8 , she produced and presented the TV program called SESLİ DÜŞÜNENLER/Those Who Think Outloud in which she again interviewed more than 300 distinguished guests. With this program she received the 2003 Turkish Union of Writers / Best Cultural Program award. Foreign Languages Department at Boğaziçi University, included this program in their Turkish course curriculum to be watched as an example for “Speaking Good Turkish”. (2001 – 2004) At SkyTurk , Sedef Kabas produced and presented a news program called HABER ÖTESİ/ Beyond The News in which she hosted individuals taking part in latest developments and discussed news topics in great details. She, at the same time anchored the prime-time news every evening during the week days. (2004-2006) For TRT 2, she produced and presented a media discussion program called MEDYA MEDYA/ Media Media in which she brought up the latest developments about tv, radio, print, advertisement, internet world and discussed different aspects of the Turkish media with her guests who were celebrities, experts and media people. (2008 – 2010) She has founded SEDEF KABAS Communication & Consultancy in 2007 which provides good communication skills consultancy and training for leading figures in politics and business, as well as group trainings for companies. Kabas also conducts workshops on “effective communication” and “management of media relations” for Mediacat Institution Trainings. Sedef Kabas hosts many national and international press conferences, seminars, fairs and similar events as a “master of ceremony ” both in Turkish and English. As a 1989 licensed professional tour guide by the Ministry of Culture she conducted tours to Anatolia and İstanbul for 10 years. She produced some PR projects under the umbrella of dDf Company, targeting to promote Turkey’s image on the international tourism arena for which she also wrote many advertorials. Kabas published five books named as Sesli Düşünenler/ Those Who Think Outloud , Zamanı Dize Getirenler/ Those Who Are Young Forever, İpek Dokulu Başarılar/ Silk Woven Successes, Soru Sorma Sanatı/ The Art of Interviewing and Hayatını Seçen Kadın/ She Chose Her Life.