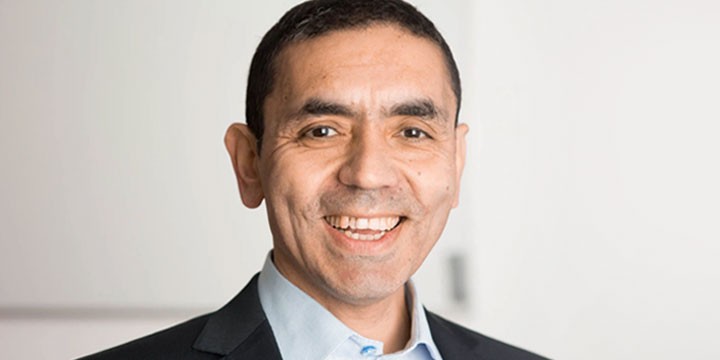 Prof. Ugur Sahin, M.D. is a doctor of medicine, immunologist and cancer researcher. His key focus is translating groundbreaking novel scientific ideas into medical innovations that help individual patients, an interest that was originally prompted by his experiences as a trained physician.

He has made key contributions in various fields of cancer immunotherapy, covering the discovery of tumor-associated antigens, development of novel monoclonal antibodies for the treatment of solid cancers and various classes of RNA-based immunotherapies.

Ugur Sahin is a Professor at the University Medical Center of Johannes Gutenberg University Mainz, co-founder and CEO of BioNTech (2008) and co-founder and shareholder of TRON (2010). He was TRON´s scientific managing director from 2010 until September 2019. He supports the research and development at TRON as a close scientific advisor and supervisor for PhD students.

Prof. Sahin also served as the head of the Scientific Advisory Board of Ganymed Pharmaceuticals AG from 2008 until the company was acquired by Astellas Pharma Inc., or Astellas, in 2016.

Prof. Sahin is also the co-founder of Ci3, the German Cluster Initiative of Individualized ImmunIntervention (Ci3), a non-profit organization.

Ugur Sahin earned an M.D. in 1990 from the University of Cologne. He is married to Dr. Özlem Türeci.