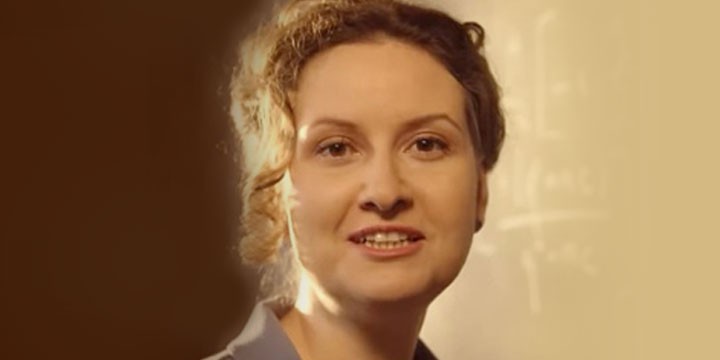 Bilge Demirkoz is an astro-particle physicist, who works on understanding cosmic rays coming from space. Tiny particles traveling very close to the speed of light impinge on the Earth and create a potentially dangerous radiation environment for satellites flying through it. Demirkoz studies this radiation environment for two purposes: to understand the fundamental physics in the universe, that created and accelerated these particles in the first place, and to study the effect of this radiation on electronic devices and materials on satellites.

Demirkoz is a faculty member at METU in Ankara, Turkey. A Robert College graduate, she received her bachelor's in physics with minors in music and math at MIT and followed that up with master's degree in particle physics.

During that time, she worked on the Alpha Magnetic Spectrometer AMS project, which was installed on the International Space Station ISS in May 2011. She did her D.Phil. at Oxford University, working at CERNon ATLAS Semi-Conductor Tracker (SCT).

She was a CERN Research Fellow working on the ATLAS High Level Trigger for two years and then a visitor at University of Cambridge for six months. She spent a year as a researcher with IFAE Barcelona, working on jet trigger, jet analysis with first data from the LHC.
Currently, she is working on the analysis of data from the AMS-02 experiment on the International Space Station.

With my team, she also organizes the Physics Masterclass at METU and is in the process of building spark chambers for public outreach.

She is leading a research group consisting of 4 engineers, 2 technicians and 6 physicists, working on the data analysis of the Alpha Magnetic Spectrometer in space, up on the International Space Station, under a large collaboration at CERN.

At the Middle East Technical University in Ankara, she works on building the first proton irradiation facility in Turkey. A 10-meter long defocusing beamline is now under construction at the Turkish Atomic Energy Agency’s Proton Accelerator Center. This is the first project developed jointly with CERN under the Turkish associate membership to CERN. Electronics developed for the CERN high luminosity Large Hadron Collider will also be performed at this facility.