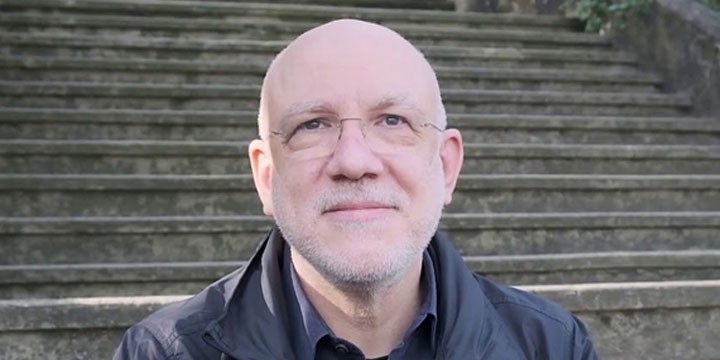 Can Candan is an independent filmmaker and a faculty member at Bogazici University, Istanbul, Turkey. He has a BA from Hampshire College/USA in film and video, and an MFA (a terminal degree, comparable to a PhD in other disciplines) from Temple University/USA in film and media arts.

As a filmmaker since 1989, his works have been screened internationally at festivals, conferences, schools, universities, in galleries, cinemas, and on television. He has taught film courses and workshops, both in universities and media education centers in the United States and in Turkey. He is a founding member of docIstanbul Center for Documentary Studies (http://docistanbul.blogspot.com) which organized the 2010 Visible Evidence International Documentary Studies Conference at Bogazici University in Istanbul.

During the academic year he teaches on documentary history, theory & criticism; documentary cinema in Turkey and mentors film-related projects and theses. In 2016, he published (Cambridge Scholars Publishing, UK) an edited book entitled "Kurdish Documentary Cinema of Turkey" with Suncem Koçer (PhD) and has been collaborating with her on a new edited book entitled "Documentary Cultures in Turkey." He is also working on a new book (in Turkish,) in collaboration with Sonay Ban (PhD), about the history of documentary cinema in Turkey.

In 2005, he resigned as the chair of the film and television department of Istanbul Bilgi University after the university administration refused to take action on a sexual harassment case and he was subsequently fired. In 2012, he helped establish Boğaziçi University's Sexual Harassment Prevention Commission. In 2014, he resigned as the head of the jury of the national documentary film competition at the Antalya International Film Festival, Turkey, calling attention to the censorship scandal regarding a documentary about the Gezi Park Uprising. In January 2016, he was one of the 2212 signatories of the Academics for Peace declaration calling on the Turkish Government to end the violence against the Kurdish population and resolve the conflict through peaceful means. Along with other signatories, he was accused of "making propaganda for a terrorist organization" and tried in a heavy penal court under the anti-terror law facing a minimum jail sentence of 15 months. Following the constitutional court’s ruling in favor of freedom of speech in 2019, he was acquited of all charges. He continues to actively advocate for peace, conflict-resolution, human rights, freedom of speech and expression as well as environmental protection.

He is currently the academic advisor of Boğaziçi University's LGBTI+ student club, recently under attack by the government.

"NUCLEAR ALLA TURCA" (in development): a feature-length documentary on the history of atomic/nuclear energy in Turkey, a country on the verge of building its very first nuclear plant with its growing anti-nuclear movement. (www.nuclearallaturca.com)

"ÇATALHÖYÜK IN THE MAKING" (in production): a web based documentary about Çatalhöyük, the world famous archeological site of a nine thousand year-old Neolithic settlement in the central plains of Turkey, and its contemporary multi-sited existence through the activities of diverse groups of people around the world.

"MY CHILD" (2013): a feature-length documentary about a very courageous and inspiring group of mothers and fathers in Turkey, who are parents of lesbian, gay, bisexual, trans-gender individuals. (www.mychilddocumentary.com). In distribution on dvd and online: http://onlinefilm.org/en_EN/film/59254

“3 HOURS” (2008): a feature-length documentary witnessing six Istanbul high-school seniors’ year-long trials and tribulations to have the right to study at a university. (www.3saat.net) - In distribution on dvd and online.

“EXODUS” (1991): a short documentary about the 1989 exodus of ethnic Turks from Bulgaria (http://exodusfilm.blogspot.com/)