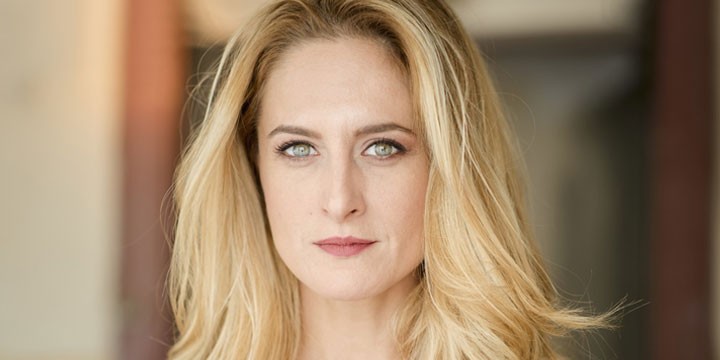 Canan Erguder has received her BA in Sociology and Theater from Franklin and Marshall College and her MFA in Acting from the Actors Studio Drama School at the New School University. She has also participated in workshops at London Academy of Music and Dramatic Arts (LAMDA).

She was inducted as a lifetime member of the Actors Studio in 2003. There, she had the opportunity to work with Ellen Burstyn, Carlin Glynn, Lee Grant, Elaine Stritch and David Margulies. Due to her work at the Actors Studio, she was handpicked along with four other colleagues to partake in a workshop with Mario Biagini of Workcenter di Jerzy Grotowski and Thomas Richards.

Her most notable off-off Broadway credits include lead roles in Rattlesnake and Graceland. In 2007, she received a Best Supporting Actress Award at the Hoboken International Film Festival for her portrayal of Nancy in the independent feature Shooting Johnson Roebling.

After a 14-year stay in the United States, in 2007, she was offered a recurring part in the Turkish TV series Bıçak Sırtı. That paved the way for her next show Binbir Gece which has become popular in Eastern Europe, Northern Africa, the Caucusus, Saudi Arabia, and South America to date and Behzat Ç: Bir Ankara Polisiyesi, another TV show with a very successful run.

In 2009, Canan received a Best Supporting Actress Afife Jale Theater Award for her portrayal of Kadın in the play Bayrak. Since 2010, she has shared the screen with Damian Lewis and Bob Hoskins in the motion picture Will, acted with and was directed by Russel Crowe in The Water Diviner and most recently, she was in Hiner Saleem’s Tight Dress.

Her latest TV credit is for the lead role of Gülfem Sipahi in Güllerin Savaşı.

In 2019, she shared the stage with her actor husband Kenan Ece in Hipokrat, a theatrical debate on the challenges of being a doctor.