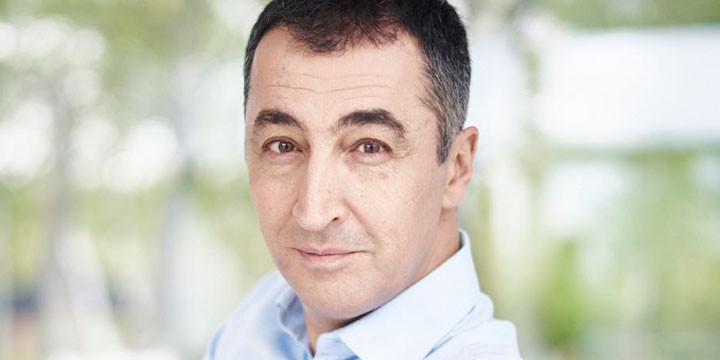 Born in Bad Urach, a small town in the hills between Stuttgart and Ulm, Cem Özdemir is the son of a Turkish gastarbeiter ("guest worker") of Circassian provenance, hailing from Tokat, Turkey; in 1983 he and his immigrant parents acquired German citizenship. After graduating from a German Hauptschule and a Realschule Özdemir completed an apprenticeship, becoming an early childhood educator. After qualifying for advanced technical college entrance he studied social pedagogy at the Evangelical Technical College (Evangelische Fachhochschule für Sozialwesen Reutlingen (de)) in Reutlingen, Germany. After completing his studies in 1987, Cem Özdemir worked as an educator and a freelance journalist.

Özdemir describes himself as a "secular Muslim" and is married to the Argentine journalist Pía María Castro. They have two children: a son and a daughter.

Özdemir has been a member of the Green Party since 1981, originally in the district chapter of Ludwigsburg. Between 1989 and 1994 he was a member in the State Executive (Landesvorstand) of the Green Party in Baden-Württemberg. During that time he was one of the founding members of Immi-Grün – Bündnis der neuen InländerInnen, an alliance of InländerInnen (locals), as opposed to the German word Ausländer (foreigners).