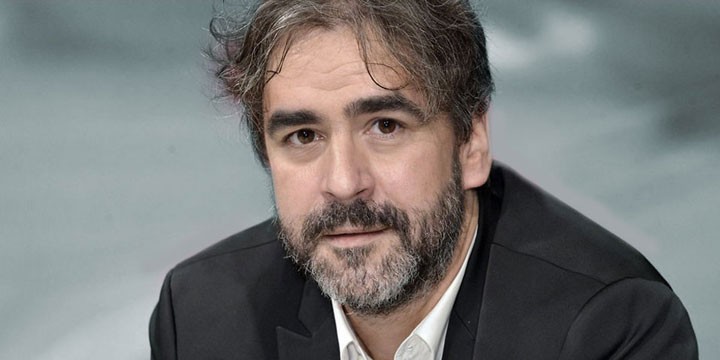 Deniz Yücel (born 10 September 1973 in Flörsheim am Main, Germany) is a German-Turkish journalist and publisher, best known for his works in Die Tageszeitung and Die Welt.

He began his political science studies at the Free University of Berlin in 1996. From 1999 he worked as a freelance author for media such as the Tagesspiegel, the taz, the Süddeutsche Zeitung, the standard and the German channels BR, NDR and WDR. From 2007 to 2015, he was an editor at taz and co-director of Jungle World before being assigned as the Turkey correspondent of die Welt newspaper in 2015.

In addition to journalism, Yucel is also known for his essays. He studied Political Science at the Free University of Berlin and began his professional career in 1999 as a freelance journalist. He worked for Jungle Wold weekly in 2002 and Die Tagezzeitung in 2007. In 2015, the German newspaper Die Welt appointed him as the representative of Turkey. He has been awarded the Kurt Tucholsky Prize in Literature in 2011.

Yucel has been repeatedly accused by the Turkish government of being involved in espionage on behalf of BND (German Federal Intelligence Service) in support of alleged terrorist organizations FETÖ and PKK to incite public violence in Turkey. Turkish President Recep Tayyip Erdogan said ″He (Yucel) is a spy, not a journalist″ during a public speech.

After responding to a request by the Turkish court, Yücel was imprisoned under the charge of espionage on 14 February 2017. The incarceration has been widely criticized by journalists, politicians and the public in Germany. As a reaction, Sigmar Gabriel, the Minister of Foreign Affairs of Germany, summoned the Turkish ambassador to the Federal Foreign Office.

The case of Deniz Yucel's imprisonment has a public following. A Twitter hashtag #FreeDeniz is active. In their October 7th issue Die Welt, a German newspaper where Deniz is a correspondent, offered to translate correspondence to Deniz and suggested that letters were written in Turkish be sent directly to his prison cell.

In 2014, a group of journalists was selected as journalists of the year in Germany for an anti-racist demonstration under the name of Hate Poetry. That year Yucel published a book based on his observations of the "dissident Turkey" at the famous Gezi Park protests, entitled 'Taksim ist Überall' (Everywhere Taksim).

He is the co-founder of the award-winning anti-racist reading Hate Poetry.

In 2018, he wrote his second book, 'Wir sind ja nicht zum Spass hier' about his one-year imprisonment in Turkey (his year as a hostage) in a high-security Silivri prison, where he was mostly held in solitary confinement.

On July 28th, 2019, the Constitutional Court of Turkey decided that his rights were violated.

On October 10th, 2019 he launched his third book, 'Agentterrorist' on his imprisonment, revealing many details that outline the series of events that led to his imprisonment without a charge, as well as the adventurous release circumstances that fueled the defamation campaign that originally made him the scapegoat of a diplomatic crisis.

On July 16, 2020, his case ended with an unexpected 2 years 9 months and 22 days of imprisonment verdict which contradicts the 2019 ruling that his imprisonment was unlawful.