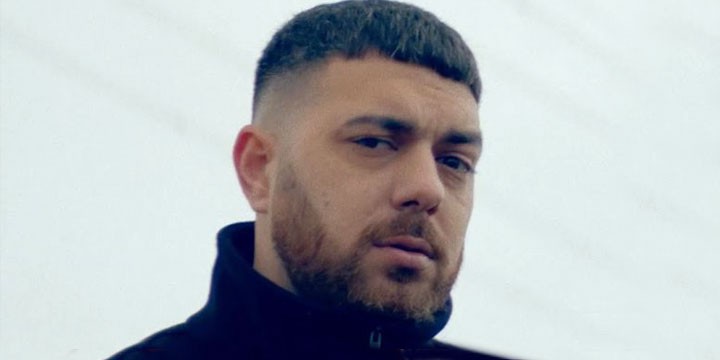 Onder Dogan was born in Amsterdam-Noord as the son of a father and mother who were active in the theater. When he was young, they moved to Madrid, where he attended the international school, and then went to live in Istanbul. In a period of unpleasant family circumstances, Dogan discovered hip hop through his cousin.

After his return to the Netherlands, Dogan went to live in Eindhoven. He started to write and record music, among others with Fresku. Later he and his group, Militant Union (duo with R. Kay), participated in the Grand Prix of the Netherlands. In a coffee shop he met SpaceKees, with whom he was going to record songs. Dogan was also invited by SpaceKees as a backup mc for his tour with Jiggy Djé.

At the beginning of 2008 his first EP was ready, entitled Turkish Pizza. This ep, produced by SirOJ, included contributions from SpaceKees, Jiggy Djé, Heist Rockah, Willie Wartaal and Vieze Fur and was released on the Noah's Ark label. The outro of the album was provided by the comical rap duo Youssef and Kamal.

Onder also made his acting debut in 2010, in the film Gangsterboys. In it, he plays the leading role of Mahmut, alongside fellow rapper Yes-R (as Apo).

In the same year he made his debut album called De Kassier (Een Monnie Album) together with FS Green. Just like the ep Turkish Pizza, this release was also released on the Noah's Ark label. Solo and with others he was nominated seven times for a State Award. Once he won this prize, namely in 2010 together with Hef in the duo Bang Bros as Best group.

After a long absence and his renewed contacts with members of the Lefensmen and rapper Bokoesam, he released the EP Goeie Dingen, with guest appearances by some Lefensmen and Noah's Ark members.

Dogan releases a single every month during 2015, which is ultimately collected on the album We Doen Ons Best.

In 2016 he released a hit with Ronnie Flex 'Not Like'. In 2019 he sang "Boynumdaki Chain" and featured in the chart-topping hit "Aya" with famous Turkish rapper Ezhel.