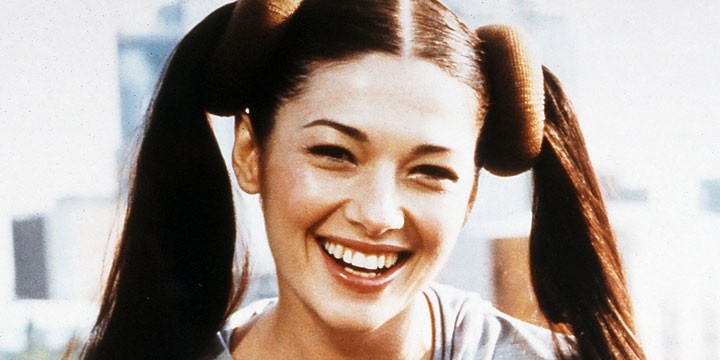 Sultana, was the first artist to release Hip Hop in Turkey that dealt with Turkish life in all its complexity, but utilized the def jams and story telling she had picked up in Hip Hop’s land of origin directly.

American and Western European Rock and Roll arrived on Anatolia’s shores and gave birth to the legendary Anatolian Rock of Erkin Koray,  Mogollar, among others. Turkey proved to be fertile soil for foreign music to bloom and metamorphose into something uniquely Turkish. Decades later, the arrival of Bronx born Hip Hop in Turkey has also born marvelous fruit in the compelling shape of Sultana, the First Lady of Turkish Hip Hop. Whereas most Turkish “Oriental Hip Hop” emerged in Germany among the Turkish Diaspora there and then spread to Turkey, Sultana is a case of a gifted vocalist venturing overseas to the source of the genre in the US, experiencing both East and West coast Hip Hop, and then releasing the music she’d passionately embraced in her home country.

Like early, old skool acts, such as Grandmaster Flash and the Furious Five, Public Enemy, and Boogie Down productions, who followed in the lyrical footsteps of The Last Poets, Sultana is not afraid of telling it like it is. The most notorious track on her first album, Cerkez Kizi, boldly put in words the Achilles Heel of a patriarchal society. Called “Kusu Kalkmaz” (literally “it’s/his bird can’t take off”), the song voiced the feelings of many women, oppressed and abused, in its raw and sarcastic tone, through the story of a man with a dual life who was turned on by strippers, but couldn’t get it up for his own wife.

The track and accompanying video struck a nerve in Turkish male dominated society and was banned by the authorities. Unfortunately, the socially conscious content of the other tracks on the album were overshadowed by the sensation of Kusu Kalkmaz. Just to give a couple of examples, Big City depicted the urban alienation and loneliness concealed by the glam and the glitz of the metropolis, and Filosepet dealt with metaphysics, and featured a chorus derived from a verse by the 17th century wandering minstrel and poet Karacaoglan – subjects a media obsessed with salacious details had no time for.

Sultana’s tracks have appeared on many “Nu HipHop” or east-meets-west-style, World Music or even ‘ethnic jazz’ compilations. However, it is her live performances and collaborations that have thrilled crowds worldwide. Sultana shared the stage with Jamaaladeen Tacuma and Burhan Ocal at the International Parliament Jazz Festival in Izmir, Turkey, in 1998 and featured in the recording of their album Groove alla Turca. She toured with Groove alla Turca in France, Switzerland and Turkey. She also joined Groove alla Turca on stage at the Montreal Jazz Festival in 2001.  In the same year she also performed in eight different Midwestern American cities during the 2001 “Mideastwest Festival”. In 2003, Sultana worked with Delerium, contributing vocals to that group’s Chimera LP.

She commands a wide range of vocal styles, tone and register, from the street wise, don’t-fuck-with-me attitude to the melodic and sultry, which makes love to your ear drums, to the humorous, buoyant delivery of early Digital Underground, Schooly D or Salt-N-Pepa. Combine her theatrics; love of stylish outfits, and expressive voice with her striking fashion model looks and Sultana is a force to be reckoned with in the Hip Hop world and beyond. After the release of her first album, Ahmet Ertegun, Turkish-American co-founder and executive of Atlantic Records, described her as “a quick-witted poet and rapper and extraordinary singer”, not to mention an “extremely attractive lady.”

On her second 2008 CD, Sohret Yolu, or ‘Road to Fame’, Sultana “edutains” in old skool fashion, with tracks about consumer envy (Ben de istiom or “I want it too”), the so-called ‘war on terror’ (petroil), the organized chaos of Istanbul (Vahsi dogu or “Wild east”) and Turkish feminine whiles (Taklaya geldin). Reminiscent of the politicized Disposable Heroes of Hiphoprisy, but with a lot more levity, and topical content, it’s a remarkable achievement. You don’t need to understand Turkish to enjoy the vintage beats, scratches and old skool samples, or her seemingly effortless lyrical flow and playful def rhymes. However, the real genius of Sohret Yolu is how she has weaved her own country’s cultural legacy into the mix using samples and more traditional oriental sounds to create what she calls “hip hop alla Turka”.

Future plans include an album in English and a shift from rapping to straightforward songs. Watch for it.

Credit: James Snow is a freelance music and nightlife writer. He has worked as a contributing editor for Time Out Istanbul, and written for the Turkish Daily News and The Istanbul Guide. He’s also contributed to the International Herald Tribune’s ‘Globespotters’  travel blog.