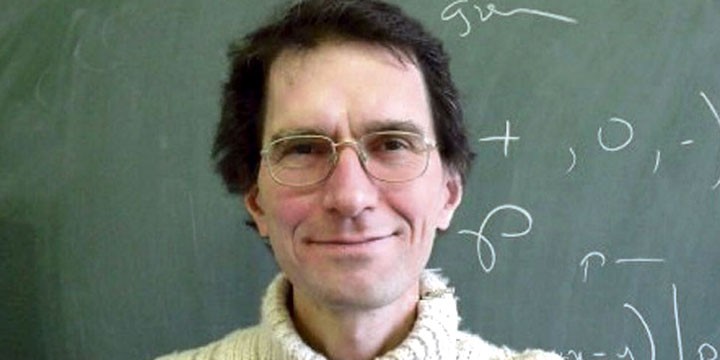 Tuna Altınel is a Turkish mathematician, born February 12,1966 in Istanbul, who has worked at the university Lyon-1 (France) since 1996.

He is a specialist in group theory and mathematical logic. With Alexandre Borovik and Gregory Cherlin, he proved a major case of the Cherlin-Zilber conjecture.

In the political sphere, Altınel is active in the Academics for Peace movement, which supports a peaceful resolution of the conflict in south-eastern Turkey, and calls for the human rights of the civilian population to be respected.

Accused by the Turkish authorities of "membership in a terrorist organization," Altınel has been imprisoned since May 11, 2019 at the Kepsut prison in Balikesir, Turkey.

After undergraduate studies in mathematics and computer science at Bosphorus University, Istanbul, Altınel received his doctorate from Rutgers University (New Jersey, USA) under the direction of Gregory Cherlin. In 1996 he joined the department of mathematics of the university Lyon-1, as maître de conférences, and completed his French habilitation in 2001.

Altınel has written 26 mathematical articles, principally on the subject of groups in model theory, more particularly groups of finite Morley rank and the Cherlin-Zilber Algebraicity Conjecture, concerning the structure of the simple groups of finite Morley rank. He is joint author with Alexandre Borovik and Gregory Cherlin of a book in which this conjecture is proved in the case of infinite 2-rank, after the development of a body of machinery analogous to certain chapters of finite simple group theory.

Altınel's doctoral advisees include Éric Jaligot, winner of the 2000 Sacks Prize, a prize given annually for an outstanding doctoral thesis in mathematical logic (doctoral thesis supervised jointly by Tuna Altinel and Bruno Poizat).

He is active in the domain of scientific cooperation with Turkey; in particular, he was an organizer of an international mathematics conference held in Istanbul in 2016 in honor of Alexandre Borovik and Ali Nesin (Leelavati prize winner, 2018). - Wikipedia